A lacrosse club for UniSA students! We welcome new, past and current players to come together to for social lacrosse or to represent UniSA at intervarsity lacrosse events.

UniSA Lacrosse Club is a student club for new and experienced players who study at UniSA, regardless of local club affiliation. The Club was originally formed in 1980 as Adelaide Teachers College and entered in the women's field lacrosse competition, being a dominant force for many years, winning A Grade premierships in 1981-3, 1985-7, and 1992-4, before finally exiting the field competition in 2007. UniSA LC now exists as a club for any lacrosse player who attends UniSA, and to promote the sport of lacrosse to new players, providing opportunities to participate in social and intervarsity competition. We are the current National Champions, having won the gold medal at lacrosse's inaugural appearance at the UniSport Nationals on the Gold Coast in 2019! 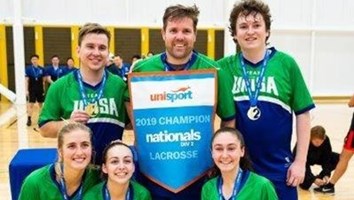 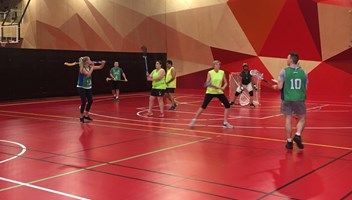 As a Team UniSA member you'll benefit from discounted memberships, get access to 25+ UniSA Sport clubs, have the chance to represent UniSA at intervarsity or community sporting events, and more!