Here at UniSA Sport, we are always on the lookout for new ways to stay active. A great way to get some exercise, connect with nature and take in the beautiful sights of our state is a walk along one of the many trails we have in South Australia.

We know a lot of you live nearby your campuses and given you will all be back on campus soon, we’ve found some great trails near each campus to make it easy for you to exercise while studying. We’ve covered off Adelaide’s CBD, North, East, West and even a bonus one for those who live down South and found 6 of the best walking trails near UniSA campuses around SA. Whether you want to get out of the house during isolation now or you’ve got a spare hour or two between tutorials when you’re back on campus, these are some trails you’ve got to give a go. Enjoy!

Distance: 2.2 km Duration: 30 minutes (approx.) Difficulty: Easy
While there are plenty of walking options around Adelaide’s CBD, you can’t go past the Torrens Linear Park Walk. While the whole trail alongside the River Torrens is 35 kilometres from Henley Beach to the Adelaide Hills, there are a number of shorter loops not far from either the City West or East campuses. You can do the 2.5 kilometre Torrens Weir loop or the shorter 0.5 kilometre Riverbank loop, both running alongside War Memorial Drive and involving the Riverbank Footbridge. There are also shorter walks closer to City East including the Red Gum Forest track. 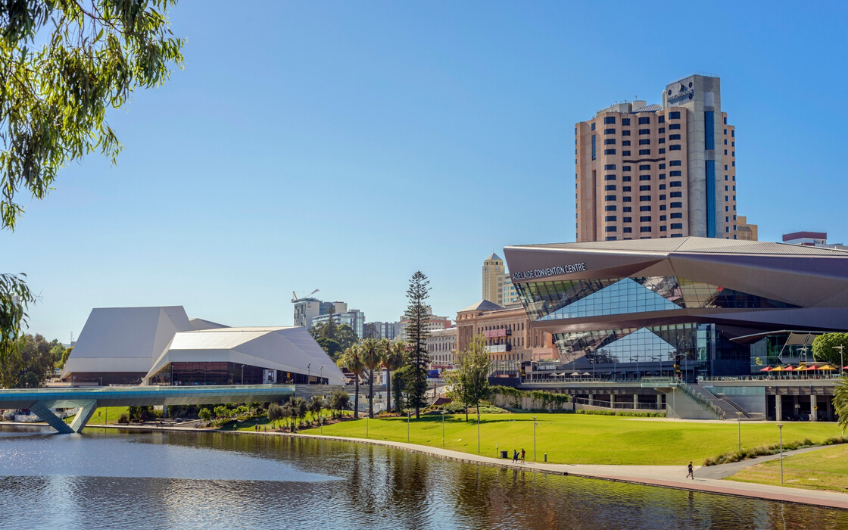 As mentioned though, that isn’t your only option in the city if you have an afternoon off. For those lucky enough to studying at City East, there’s only a five-minute walk down Frome Road to get to the Adelaide Botanic Gardens. Throughout a two-kilometre loop, you’ll see Amazon Waterlillies, a tropical greenhouse and a Mediterranean garden in just over an hour. Where else in Adelaide could you see that?!

True to its name, there is a massive lake in Mawson Lakes with a 2.2 kilometre circuit around it, just off Mawson Lakes Boulevard. Only five minutes from the UniSA campus, it’s the perfect stopgap between uni classes on a sunny day – the flat and easy walking circuit only taking approximately 30 minutes to complete. It is suitable for walking, jogging or cycling and is wheelchair accessible. If you’ve got more time to spare for a more extensive walk around Mawson Lakes, you can extend your walk from the lake to the Dry Creek River trails. The trail winds alongside the river and through its reserves. While the whole trail is 14 kilometres one way, the trails are a network of many walking and cycling tracks, with the Mawson Lakes starting point at the opposite end of the lake to Mawson Lakes Boulevard.

Nearby Magill, we are spoiled for choice when it comes to beautiful conservation parks to explore. Horsnell Gully Conservation Park, Black Hill Conservation Parks and Waterfall Gully in Cleland Conservation Park are all within a 6-12 minute drive from the UniSA Magill campus. However, one of the best parks in the foothills is the Morialta Conservation Park, which is only seven minutes from the campus. A hikers dream, Morialta offers plenty of options for a nice afternoon out of the house, but one of their most popular trails is the Morialta Falls Plateau Hike. The steep hike is a 4.1 kilometre circuit that will take about 1.5-2 hours to complete. Not only do you get amazing views of the gorge and plains throughout, along the way you can stop at a number of lookouts and gaze at the First Falls. If you want to see the other waterfalls, you can extend the hike and do the 7.3km Three Falls Grand Hike, with the waterfalls generally flowing in autumn and winter. 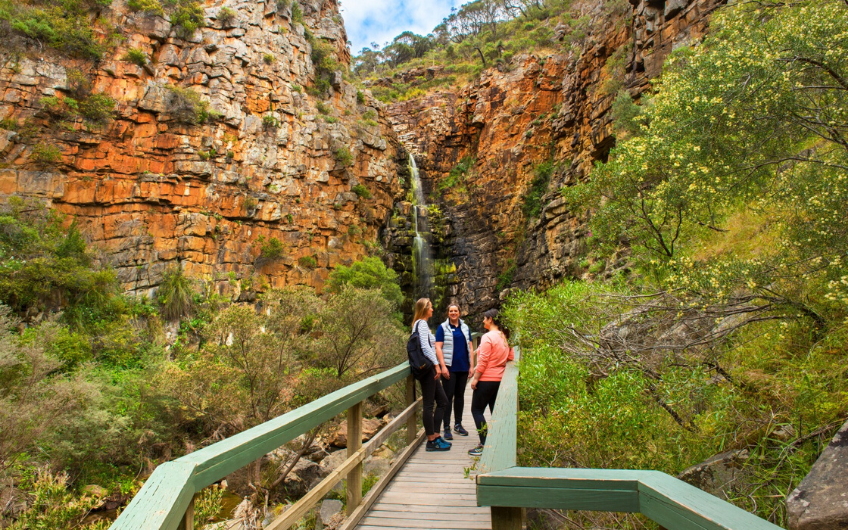 Wild Dog Hill is the perfect place in Whyalla to watch the sun go down and therefore the perfect place to end your day. Located in the Whyalla Conservation Park, which is a 17-minute drive along the Lincoln Highway from the UniSA campus, the Hill features red and purple sandstone and plays a significant role in the traditions of Indigenous people in Whyalla. The Wild Dog Hill hike is a 1.3 kilometre loop that starts from the car park and takes approximately 40 minutes to complete. Take in the views of Whyalla and the nearby hills, but make sure you are back down the Hill 30 minutes after sunset, as that is when the Park closes.

Only a 10-minute drive away from UniSA’s Mount Gambier campus is the Blue Lake, right in the heart of Mount Gambier. Around the Crater Lakes, there are numerous trails that show off not only the views of the region, but also the heritage. The Blue Lake Grand Circuit is a 3.5 kilometre walk around the perimeter of the lake, which would take around 1.5 hours. If you want to see spectacular views of the Valley Lake and visit the Centenary Tower, the 4.2 kilometre Mountain Trail is the one for you. A shorter option is the 1.7km Rook Walk/Pepperpot Trail, which takes you to two different lookouts overseeing the lakes. 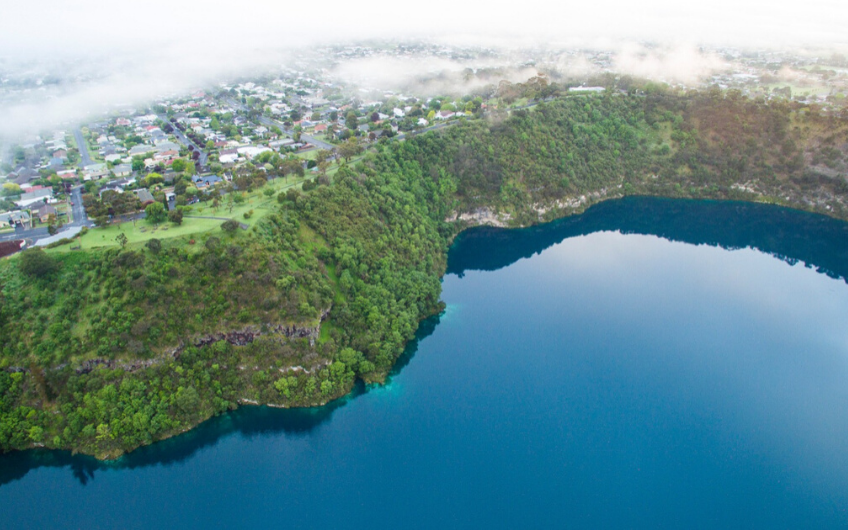 For those of you that study or live in the city, it’s easy for you to hop on the tram to Glenelg, where there is plenty of beautiful walking opportunites. One of the most popular routes on a sunny day is the Coast Park, which follows the Esplanades past Somerton Park, Hove, Brighton and Seacliff before finishing at Kingston Park. The nine-kilometre path also goes through the Minda Dunes and there are art sculptures for you to admire on the way. For another great (and harder!) option, we also recommend the Hallett Cove Boardwalk, which follows the rocky coastline between Marino and the Hallett Headland Reserve for 5.1 kilometres one way.

Hopefully this blog provides you some inspiration to get outside in your spare time and go for a wander along these beautiful trails. Are there any trails near our campuses that we’ve missed? We’d love to hear any suggestions you have of other walks our UniSA community could do or any experiences you’ve had on the trails mentioned.

As a UniSA Sport Club & Events member, you have access to more than 25 sporting clubs, campus programs and events, student representative teams and community events.